In this post we are going to talk about how the use of a HPDC simulation software can benefit the production.

This is a widely discussed topic among the industry specialists: since the very first stages of mould filling various mistakes can occur, for example caused by a too quick metal solidification that can damage the final result. All of this can be forecasted and avoided thanks to HPDC simulation, thus improving the entire productive process and leading to consistent time and costs reduction.

The complexity of die casting process

When considering metal melting process a thermo-fluidodynamic biphasic simulation is needed, because metal processing process is composed of both kinetic and dynamic phenomena, heat transfer and phase transition from liquid to solid. In addition to that, the heat transfer is both of the convective kind, thus related to movements of the fluid, and the diffusive kind, determined by the heat shift between fluid and mould.

In order to face these issues the best solution is a simulation software.

Especially in the case of HPDC simulation (High Pressure Die Casting) mould complexity and machines parameters increase the number of variables to take in account during the simulation. Moreover, the productive process is continuous and based on quick cycles of high pressure fillings and cool down phases. These features, added to the intricate shapes and the shallowness of some products, highly increase the numeric complexity of the simulation.

After these premises, it is plain that the simulation process cannot be straightforward either: the equations used in the process can be solved only through an analytic approach only in a few and limited circumstances. For this reason is necessary to use a numerical methodology that requires a conspicuous use of computational resources. The numerical approach involves management of a discrete domain (the finite space in which the studied element lies) and a simplification of the equations.

The domain is turned into a so-called mesh: a calculation grid composed of different sized cells. A balance equation is written for each of these cells, to build up the global system and to be solved by the simulator. Higher the number of the cells and smaller their dimension, the more precise and lengthy will be the simulation.

The employment of specific programs plays a fundamental role to achieve the best possible results: programs like MagmaSoft, a CFD simulation software designed for foundries are based on a LES (Large Eddy Simulation) numerical scheme, enabling the user to compute without approximation the turbulence of vortexes of medium and large size, thus leading to quickly and precisely re-enact the studied phenomenon.

Those who study the process of die casting through simulation cannot avoid the comparison with reality. Only the observance of the real process permits to identify defectiveness in the product and to classify them, so that they can be studied, reproduced and avoided, thus achieving better surface aesthetical quality. Furthermore, an in-depth and empirical analysis of the real-life phenomenon is fundamental for setting the boundary values. Their determination, in addition to being necessary for the closure of the numerical system, determines the closeness of the simulated model with reality.

Through the use of a HPDC simulation, the following defects can be studied and prevented:

Each of these possible issues is linked to physical aspects of the system detectable in the simulation, such as speed, pressure and temperature: porosity, for instance, is caused by material distribution in the mould and is therefore linked to the speed of injection, to air pressure in the mould and to heat distribution during solidification. Through the use of simulation it is possible to foresee the formation of vacuum pockets that may decrease the solidity and aesthetic of the product. Click here to read about a case study of shrinkage porosity reduction in a component.

Another occurrence in which the simulations proves particularly efficient is in forecasting the possible damages caused to the mould by cavitation: there is a risk that the mould may undergo a major erosion if subjected to pressure variations. Because of this, it is necessary to analyze in depth the object geometry, drawing duct with strategical shapes and positions.

The more experienced the software user is, the better the results.

If you want to keep up-to-date with die casting industry news, take a look at other simulation posts and please subscribe to the blog. 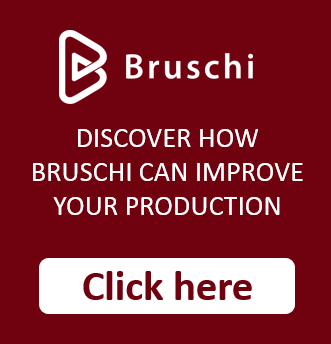